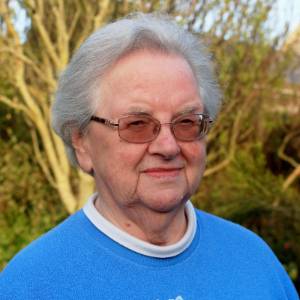 We worked well together as a team


Margaret MacLean (nee Grant) looks back on her 25 years' service in the police force after joining the Caithness Constabulary, which later became part of Northern Constabulary in its different manifestations. She rose to the rank of Sergeant.

Born in the Henderson Memorial Nursing Home, Margaret lived in Henrietta Street at a child and was dux of the North School before going on to Wick High.

One of the jobs she had after leaving school was teleprinter operator based in the Wick Airport control tower. This role involved training at Bletchley Park.

In addition to the town police stations in Wick and Thurso, there were seven country stations that had their own "village bobbies". These were Reay, Halkirk, Castletown, Mey, Watten, Lybster and Dunbeath.

Margaret recalls being involved in a wide range of serious incidents, from a rape in the Bignold Park to the case of a woman who had killed her baby and had to be escorted to Inverness.

She also remembers having to do point duty to keep the traffic flowing in Bridge Street and High Street at peak times. Later, Margaret tells of a police operation in response to sheep-stealing,

Margaret explains how in the former Wick Police Station she discovered historic documents including a "dying declaration", a written statement by a man who had been fatally wounded in a fight; his testimony would have been used to convict his attacker.

Reflecting on her police career, Margaret says: "I wouldn't have done 25 years if I didnt enjoy it. We worked well together as a team. It was a good working life."