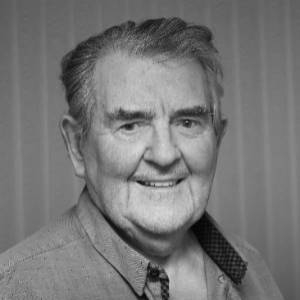 We hit a wall of snow


Bert Macleod talks about growing up with his grandfather, a shepherd, at a remote cottage near the foot of Loch Naver.\r\nHe has a vivid recollection of a severe snowstorm in 1941. “I can remember to this day my granny standing at the door at night crying, thinking my grandfather would never come home,” Bert says. “He was away all day. And about six o’clock at night he appeared out of the drift – the dogs led him home.”\r\nBecause of petrol rationing he was unable to go to school for a while.\r\nHe recalls as a 10-year-old attending a party in Altnaharra on the night the war ended.\r\nAt clipping time he would be called out of school to help with rolling the wool: “We got a pound or two for it.”\r\nHowever, he adds: “I made up my mind at a very early age that whatever I did in life I certainly wasn’t going to be a shepherd!\r\n“At that time there was a lot of work. There was heather-burning, there was ghillieing and there was peat-cutting.” \r\nAfter national service he worked on building Shurrery dam and Strathy lighthouse before going to Dounreay. He joined the police in 1963 and spent 30 years in the force, serving at Thurso and Wick as well as having spells in Shetland.\r\nBert describes the terrible blizzard of January 1978 when three people died after their vehicles became engulfed in snowdrifts up to 20ft deep at the Ord - although salesman Billy Sutherland survived after using a supply of ladies’ tights to keep arm.\r\nBert explains that he was known as “Bert Achness” in his younger days and that he always considers himself to be a Sutherland man, despite having lived in Caithness for most of his life.\r\nHe is a long-serving Thurso community councillor and was chairman of Caithness and Sutherland Vintage and Classic Vehicle Club for many years.\r\nBert lives in Thurso with his wife Jessie.\r\n