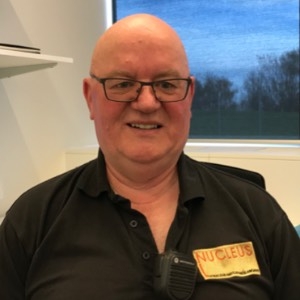 You have the sea in your blood

Although born in Pulteneytown, Harry Leith and his family moved to ‘the Wick side’ when he was about nine years old. He recalls his first day at Wick North School when he couldn’t find his way home and had to enlist the help of his aunt. He also describes his dilemma on the day he was goalkeeper for Wick North School, in a football match against Pulteneytown Academy.

As a member of Wick Sea Cadets, Harry developed an interest in communications, which he attributes to the teaching of Sea Cadet leader Charlie Mearns, a radio operator at Wick Radio. Harry talks about an adventurous journey to attend a course on communications in Portsmouth. He also recalls the occasion when, as a sea cadet, he travelled through the Pentland Firth in stormy weather, aboard HMS Londonderry. He claims this not only helped develop life skills but independence too.

After a relatively short spell in the Royal Navy, Harry returned to Caithness to work at Dounreay but longed to fulfil his dream to become a radio operator. On completion of a course at Leith Nautical College, Harry took up a position as a radio operator within the oil and gas industry on various vessels and oil platforms in the North Sea.

At the downturn of the oil industry, Harry’s career path took another change of direction when he became facilities manager at Nucleus: The Nuclear and Caithness Archives. He finds it strange that this amazing building is on the site of his childhood playground. 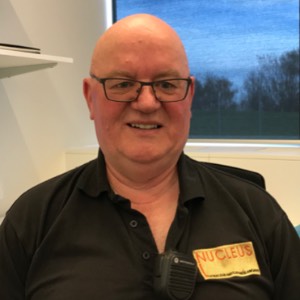