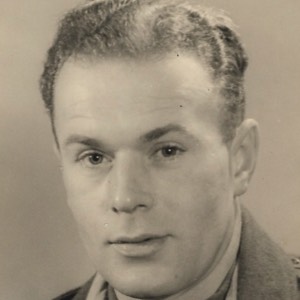 Bill recalls the various forms of transport used in Caithness during the 1920s and 30s, from the horse and cart, a regular mode of transport in those days, to the charabanc that transported golfers to the golf course at Reiss and he also talks about the mail bus that travelled from John OGroats.

As there were very few lorries around at this time, his familys one ton Ford lorry was often called upon to transport the Coast Guard rocket equipment. In addition to the regular carting of coal from the coal boats, the lorry was also used to collect milk from the surrounding farms and on Saturday evenings the lorry was called upon to deliver messages to the fisher folk.

Although transport by bus increased as time passed, Bill talks about how people regularly walked for miles, using the roads as footpaths, due to the limited traffic.

He explains that the St Clair steamship was the regular means of travelling to Aberdeen, Orkney and Shetland and he also talks about The Wick and Lybster light railway and recalls how pupils from Lybster travelled to Wick High School on the Lybster train.

Mention is also made of bicycles, motor bikes, taxis, Ackers cab, a pony and gig as well as fire engines and aeroplanes. Bill explains that as lorries increased in size, transporting goods by rail diminished, therefore the railway station became a much quieter place and as the number of cars increased, fewer horses and carts were used. He talks fondly of Alex Matheson, the last person in Wick to have a horse and cart.

With sincere thanks to the family of William Budge for making this recording available to Wick Voices.