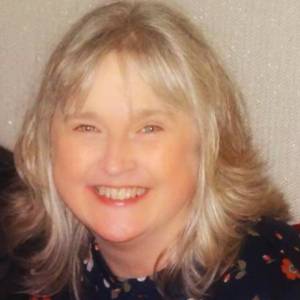 Camp 165 Watten: I want people to know that it existed


Valerie Forsyth tells the story of Camp 165, the prisoner of war camp at Watten where thousands of internees were held in the three years immediately after World War Two.

Valerie (formerly Campbell) moved to the village with her family in 2002 and began researching the story of the camp after her daughters mentioned a school project about it. The result was Valerie's book, Camp 165 Watten: Scotland's Most Secretive POW Camp, published in 2007; a second edition came out in 2010.

The camp was in use from the summer of 1945 until 1948. Although prisoners deemed to be "reformed characters" were repatriated, some of the hardliners would be brought before the Nuremberg Trials.

Among the high-profile inmates of Camp 165 were SS Obergruppenführer Gunter d'Alquen, a former Hitler Youth leader and a leading Nazi propagandist who had been editor of the official weekly newspaper of the SS, Das Schwarze Korps, and went on to edit a camp newspaper called Der Wattener; SS-Hauptsturmführer Paul Werner Hoppe, who was the second commandant of the Stutthof concentration camp in Poland; and SS-Obersturmbannführer Max Wünsche, a former personal aide to Hitler. Otto Kretschmer – one of many U-boat captains taken to Watten – was known in Germany as "the Wolf of the Atlantic".

Occasionally, Germans would make a bid for freedom and Valerie tells of various escape attempts. In one memorable case, a prisoner jumped on a motorbike that had been left with its keys in the ignition and he got as far away as Dalwhinnie before running out of fuel. He was eventually recaptured at Leith docks.

Valerie's book also tells of the kindness shown to the prisoners by local families and the sense of fair play that underpinned the treatment of the men by the military authorities.

Some prisoners were allowed to work on local farms. Valerie also explains how the camp had its own theatre group and orchestra.

"I really enjoyed finding out more about Camp 165," Valerie says in the recording. "It's a remarkable history, and although I was asked not to write about it, I felt I had to.

"I want to get the story out there. I want people to know that it existed."

Born in 1969, Valerie grew up in Tillicoultry in Clackmannanshire. She writes historical articles for a local newspaper and creates videos on YouTube covering many aspects of history, including Caithness stories.

Listeners keen to find out more about Valerie's book about Camp 165, and her history videos, may wish to follow these links: