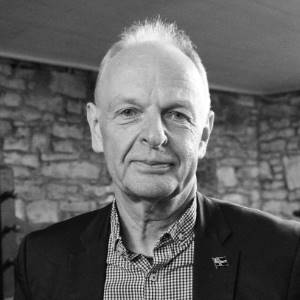 Growing up here was a privilege


Colin MacDonald is a writer for TV, film, stage and radio. His adaptation of Weir of Hermiston, Robert Louis Stevenson's unfinished novel, attracted an audience of around two million when it was broadcast in two parts on BBC Radio 4 in April 2020.

Colin, who grew up in Wick and now lives in Edinburgh, talks here about his love of Caithness, from its heritage and landscape to the characteristics of its people, and the significance of the Caithness flag.

This is a brief extract from a Wick Voices interview recorded in December 2017 and running to almost 23 minutes. If you would like to hear the full version, please search our list of interviews or use this link:

Colin's television work has included The Gift and The Dunroamin Rising as well as Sharpe's Honour and episodes for long-running dramas such as Casualty and Heartbeat.

He is working on a film for Amazon Studios in Los Angeles which tells the story of Raasay crofter Calum MacLeod who, when thwarted by local government, set out to build a road across his island himself. Colin wrote a successful drama for BBC Radio 4 about it previously.

He then will be writing a sixth series of Shardlake, based on the historical mystery novels by C J Sansom, also for BBC Radio 4.