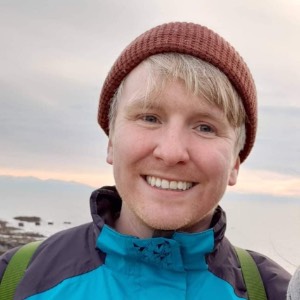 
"I've always been interested in the past,” explains Kenneth McElroy, director and co-founder of Caithness Broch Project.

Although his interest in history and heritage developed at school, his first encounter with archaeology occurred during an excavation organised by Caithness Archaeological Trust, at Nybster Broch in 2011. This helped trigger a passionate interest in archaeology and brochs.

He explains, "Brochs are one of the most studied and least understood monuments in pre-historic Scotland.”

He describes them as huge, round, thick-walled towers which were built 2,000 years ago, during the Iron Age, and in Caithness, there are more broch sites than anywhere else in Scotland.

During this interview, Kenneth describes how the Caithness Broch Project has developed. He talks about their outreach programme, the construction of a Lego broch and the recent broch conservation project at Ousdale. He also highlights the plan to build a replica broch in Caithness, working with tools of the past, using techniques familiar to our Iron Age ancestors.

"There is something incredibly special about unearthing something that hasn't been discovered in thousands of years.”

After studying archaeology at Glasgow University, Kenneth took up the post of Education and Volunteer Officer at Kilmartin Museum in Argyll but continues in his role as a director of the Caithness Broch Project.

Further information about Caithness Broch Project can be found at www.thebrochproject.co.uk