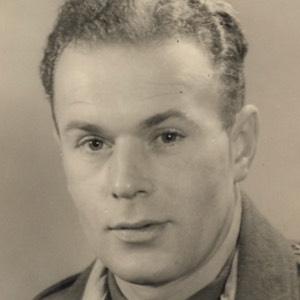 Life in Wick in the early 20th century – part 1

In this interview Bill describes his early years at Wick North School and remembers that, If you were good in either your lessons or behaviour you got a sail on this big rocking horse.”

Bill describes school uniform, the music festival, childhood games as well as the sweeties he enjoyed. He talks about the opportunities to earn a few pennies through scaffing for herring or helping farmers herd their sheep through the town to the mart.

The coal business was a family concern and Bill talks about joining the business during the thirties, when times were particularly hard for the miners. He vividly describes the busy scenes around Wick harbour and explains how as a young boy he helped deliver messages to the fisher lasses on Saturday evenings, while his cousin drove the lorry.

In May 1940 Bill was called up to the army. Sadly in 1942 he was taken prisoner at Tobruk, on Libyas eastern Mediterranean coast and he describes the horrific conditions in the prisoner of war camp. He explains how his mother received notification of his whereabouts many months after his capture.

With sincere thanks to the family of William Budge for making this tape available to Wick Voices.