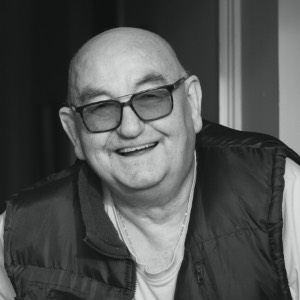 I must have had the biggest collection of toys


Murray Banks shares some early memories of growing up in Wick during the 1940s. He describes the frantic search that took place on the day he supposedly vanished, when in fact he had enrolled himself in school, so that he could join his friends.

He explains how he came to have such a large collection of wooden toys, made by prisoners at Camp 165, Watten.

Although he lived in Hill Avenue, school holidays were spent with his friends from Willowbank and he describes how they engaged in many dangerous pranks.

This was an early interview undertaken by Wick Voices and took place in the Herring Mart, during Gala Week in 2016.