During the mid-1800s herring fishing season, which ran mainly from June, July and August, a total of more than 6,000 fishermen and fish workers came to the town. While the fishermen lived aboard their boats, the others who came to work at the fishing trade had to find lodgings ashore with the local people.

As many as 2,000 workers came to Wick, where they lived mainly in dormitories above the fish curing yards, or in attics, sheds, and cellars. But a few lived in more comfortable rooms, such as the one you see here.

It contains a box bed, which is unusual in that it has no metal fittings - apart from the hinges - and it goes together just like modern flat pack furniture.

This one has doors - more often it was curtains - which prevented draughts, and gave some privacy. 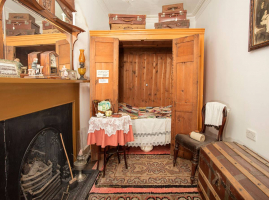 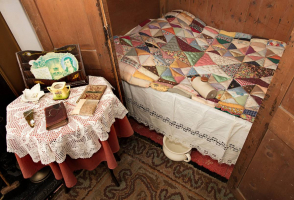 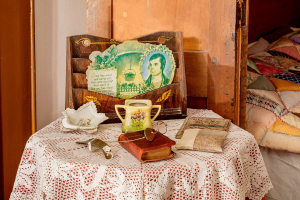 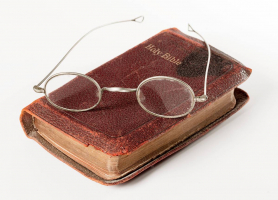