This is the chain of office of the town clerk. He was the top paid official, and was responsible for arranging council meetings and generally keeping the town within the law. The present town house with its cupola (round dome), clocks, and prison was built in 1828. It was built as a replacement for its predecessor which was in Tolbooth Lane. 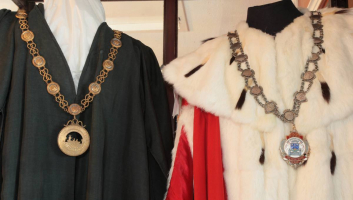 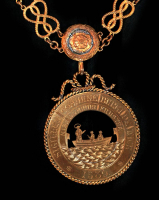