This bed cover was a cash raising effort for church funds. It is stitched with the Wick coat of arms picked out in the colours of blue and white on a linen sheet. St Fergus, our patron saint, is the standing figure.

The town has the Latin motto of nisi dominus frustra; nisi means "unless, if not or without," dominus means "lord" or "master" and frustra means "in vain" or "useless." It is generally translated as; Without the Lord, everything is in vain, or He who acts without the Lord acts in vain or Without God, we labour in vain. Although the town is referred to in the Viking sagas as far back as 1140, it was in 1589 that James V1 extended to it royal protection – mainly because a year earlier the town was ransacked and burnt by the Earl of Sutherland.

Wick celebrated the quatercentenary of its Royal Burgh status in 1989. 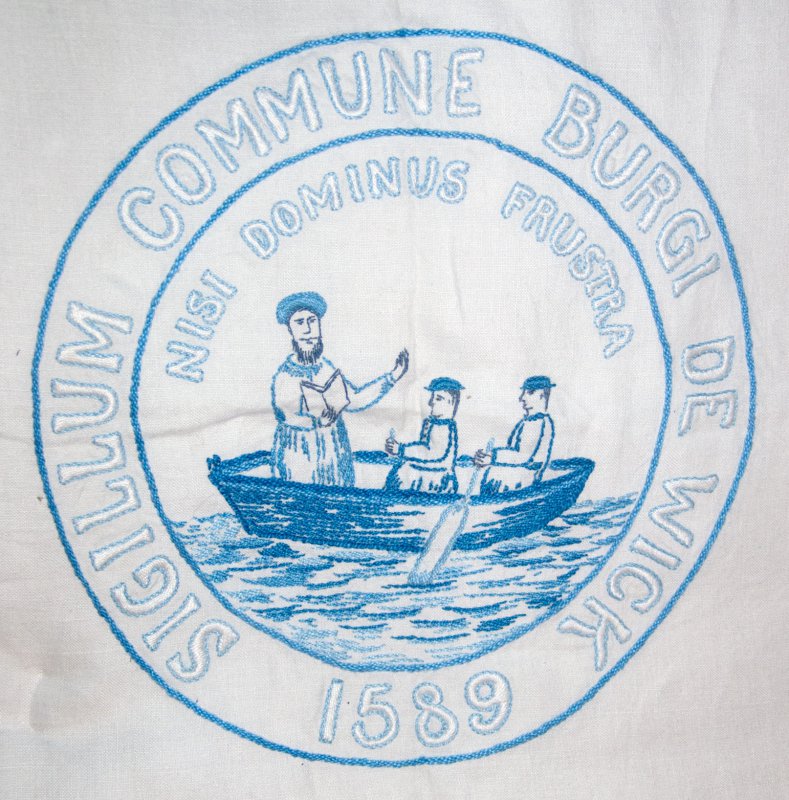