Education for all in Scotland began in 1872, although there had been education for some in the country since the 1496 Education Act brought in compulsory education for the eldest sons of nobles. But it was the 1696 Education Act which was truly innovative, providing for a school and a schoolmaster in every parish in Scotland. Many believe this was only the second nationwide system of school education introduced anywhere in the world: and the first since the days of ancient Sparta.

The Act of 1872 had made education for all Scots compulsory as well as universal.

Children in Scotland start primary school between the ages of four and a half and five and a half, depending on their date of birth. It is normal for all children born between the start of March in a particular year and the end of February in the following year to be members of the same year group, starting school at the start of a new school year in the middle of August.

Children stay in primary school for seven years. This means that most Scottish children remain at primary school for a year longer than their English counterparts, and consequently they spend a year less at secondary school, to which they move in a year group between the ages of eleven and a half and twelve and a half. Here they remain for a minimum of four years, when those who have reached the age of sixteen can legally leave school.

The High school's pupils came from all over the eastern side of the county - from John O'Groats and Canisbay in the north, Watten in the west and Ousdale and Berridale to the south, with some scholars doing a round trip of forty five miles a day. At one time, the High school had over 1000 pupils, whilst the county's smallest schools only had single teachers, like the those at Braemore and Altnabreac.

Today there are four primary schools in the town; the North, South, Hillhead, and Pulteneytown Academy - plus the High school. 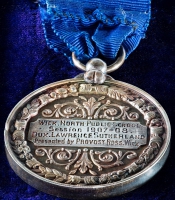 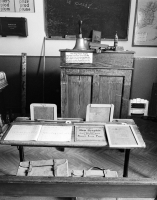