At their height in the 1860s, Wick's 650 coopers made 125,000 barrels year, nearly all of which were used for exporting the cured herring.

There were five standard sizes, but only three were usually made in the town. The largest was the 'whole barrel, next came the half and then the quarter or firkin. Oak was the initial wood of choice, but as locally grown oak was scarce, the likes of larch, birth and fir began to be used. Stocks of these also ran low so Norwegian birch and as began to be imported.

There are around twenty staves in a whole barrel. The coopers would shape the staves and work the barrel by hand, using wooden hops made from willow or yew. A skilled worker could make five large barrels a day. 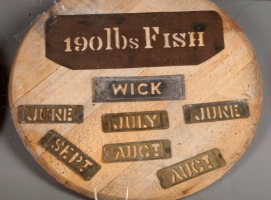 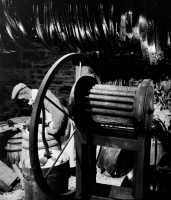 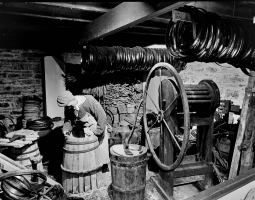