A museum collection of militaria remembers those who fought and gave their lives. 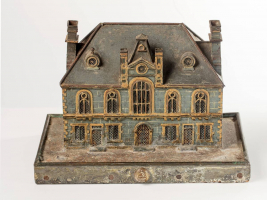