At the turn of the twentieth century in Wick, Miss Wares, a well-known local seamstress died. In her will she left £200 with which the fountain was duly built. 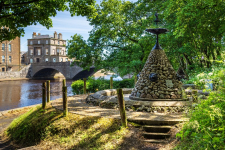 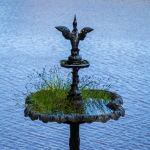 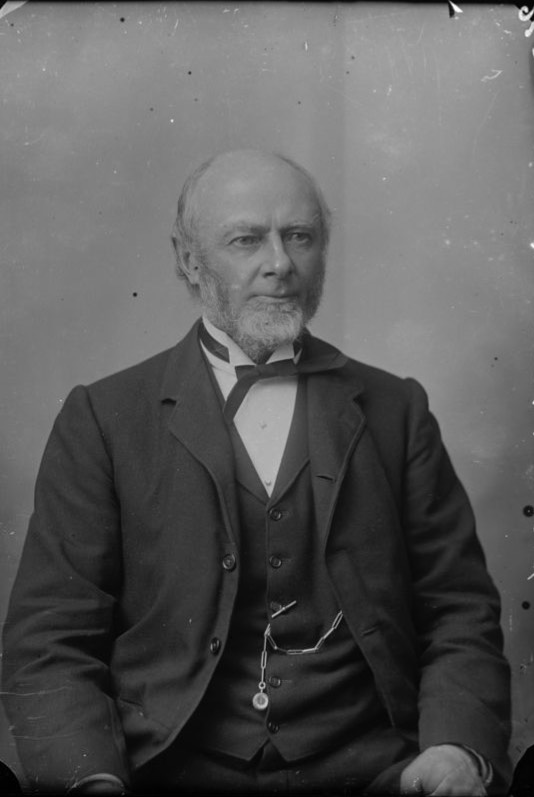 At the turn of the twentieth century in Wick, Miss Wares, a well-known local seamstress died. In her will she left £200 to Mr D R Simpson who held the office of Baillie on Wick Town Council.

At a meeting of the council, Baillie Simpson declared the legacy, and stated that he, in all conscience could not accept the money for himself but would like to apply the money to a project which would benefit the citizens of the town.

He had in mind a piece of derelict ground at the south west corner of the town bridge, which he thought could be acquired, and developed into a place of quiet recreation for the people of the town. The negotiations were protracted, but eventually the piece of ground was purchased from the estate of the late Provost Loutitt, on behalf of the townspeople of Wick. Immediately the local Riverside Committee came  “On board"

This was a group of local volunteers dedicated to improving the Wick riverside by fund raising and voluntary labour. They were in fact the forerunners the later Wick Town Improvements Association.

The group had already completed a series of projects, including dry stone walling along the riverbanks, laying a pathway to the old battle site of Altnimarlach, the last feudal battle in Scotland, and rebuilding the footbridge (Coghill Bridge) across the river, which had been swept away by floods in the early 1890s.

The purchase of this area of ground by Baillie Simpson lent impetus to their enthusiasm and they threw their weight behind the project. Gradually steps were laid, a series of winding paths created, and trees planted. A place for local people to stroll and relax was becoming a reality.

At this point, enter upon the scene, Ex- Provost William Paterson Smith, who incidentally was the uncle of Sir William Smith founder of The Boys’ Brigade, a native of Caithness, and quite frequent visitor.

Ex-Provost Smith was a man who always held the good of the town close to his heart, and he offered to donate a fountain to beautify and lend tranquillity to the area which the Town Council had decided to name Wares Park.

The fountain was duly built, entirely by local tradesmen. The lower basin was formed by Mr. Alex Sinclair, Plasterer, the pedestal and rockery by Messrs. A&A Finlayson and the plumbing by Mr Charles Johnston. 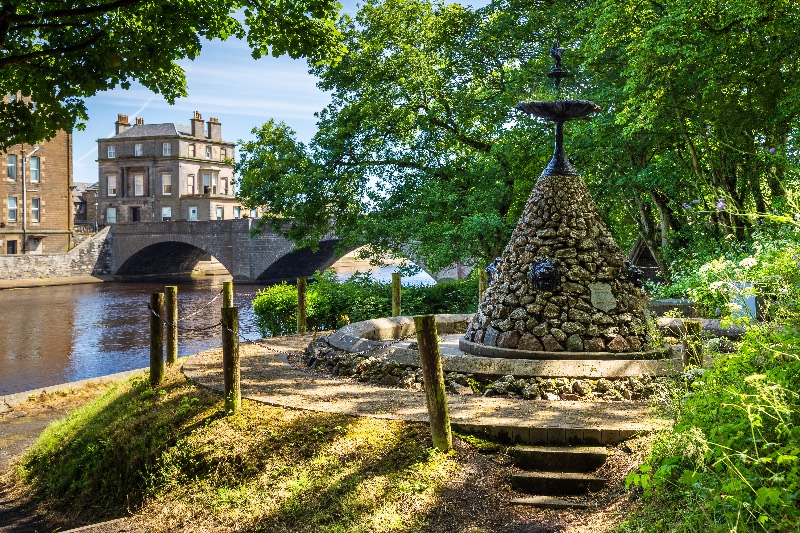 A local newspaper of the day, The Northern Ensign, reported the opening and described the fountain thus; The fountain presented to the Town by Ex-Provost Paterson Smith was set in motion on Saturday 12thOctober by Lady Bignold, before a large turnout of the public.

The foundation and base are formed from concrete. In the middle of the basin there is a base of concrete on which is built a rockery. The lower part of the rockery is formed of red and grey Aberdeen granite, the remainder being built of quartz rock from Shetland, mainly mixed with mica. On the top of the rockery is placed the fountain, from the lower basin of which four jets send water perpendicularly into the air. The whole is surmounted by a seagull, out of the bill of which a spray is thrown perpendicularly. Besides these jets, there are four in the rockery proceeding from the lion’s mouths, and nine jets in the basin. The whole adds much to the ornamentation of that part of our town. 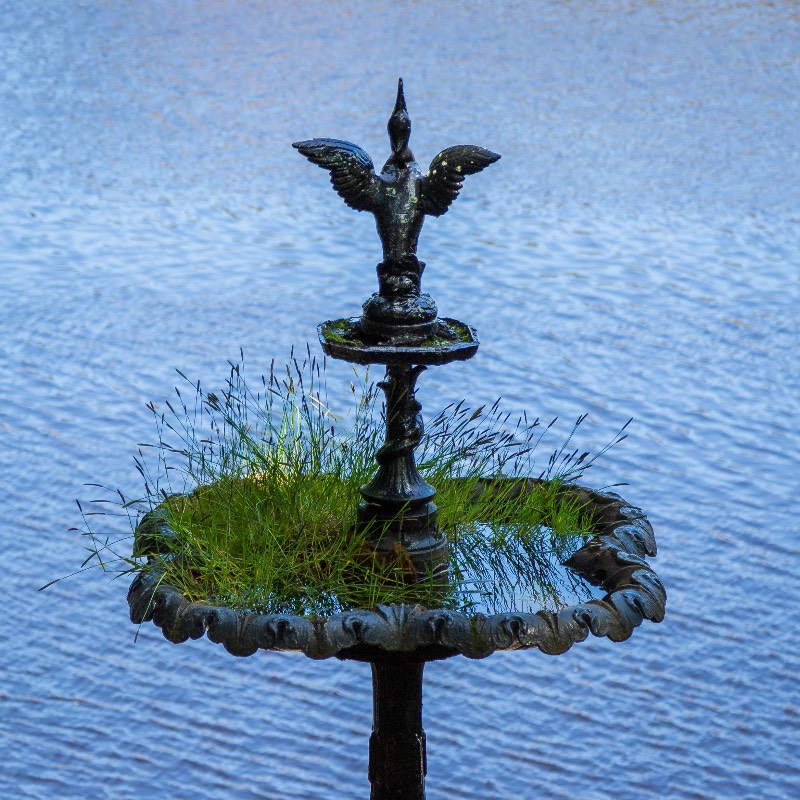 In March 1907 a poem appeared in the Ensign entitled, “I’m a member of the New Town Council “The poem poked fun at promises made by aspiring Councillors and contains the lines; “Smith’s fountain up in Station Road is good as far as hid goes, But I’ll hev a tap of ten year old, connected by a hose!”