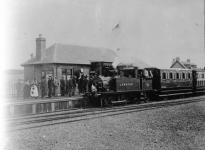 On the 29th of May 1922 licences to sell alcohol were refused to the grocers and public houses of Wick. For the following 25 years Wick was to remain ‘dry’.

This final decision to withhold licences came after a long campaign which began with a public vote on 10th December 1920.

The story of ‘Vote No Licence’ is best told in a booklet by the late Iain Sutherland but we will attempt here to provide some of the key facts, and legends surrounding this historic event in Wick’s history. 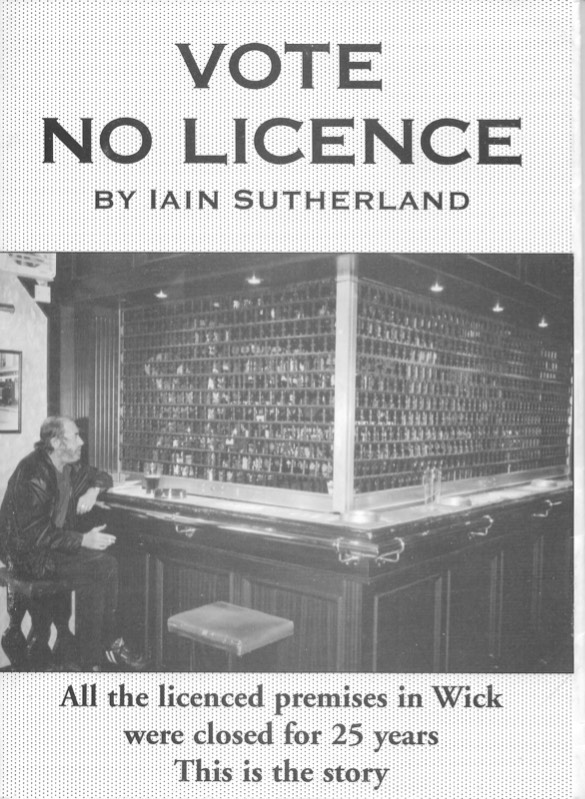 Much of the impetus for the campaign was led by the Temperance Movement, which had significant support in Wick, raising sufficient funds to build two halls in the town.

In the early years of the 20th century, women of Wick began to play a more significant role in the ‘movement’.

This coincided, to an extent, with the Representation of the People’s Act of 1918, which provided women with the vote. Many of these newly enfranchised women were from the town’s fishing community and many were feeling the direct financial impact from the many public houses that existed around the harbour area. 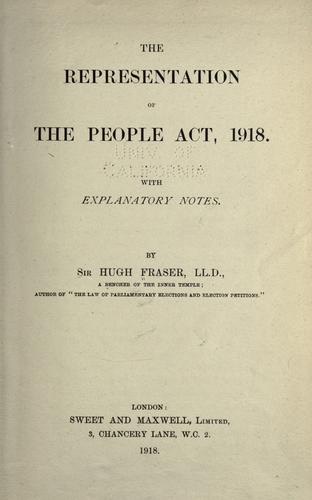 It was in these public houses that fishermen met to await their payment at the end of the fishing season. Iain Sutherland describes the scene:

“The crew would wait there until the skipper had collected the money from the salesman, as there was nowhere else with any comfort at the harbour, and they could have a celebratory drink, or two. If the whole crew was present, and this could be 7 or 8 men, by the time they had all bought one another a drink!… It was not uncommon for the weak willed or easily led to come home with very little money, to the despair of a wife.”[1]

Following many speeches, public meetings and newspaper columns in both support and opposition to a ban, polling day arrived and a turnout of 77% was recorded. 62% of the voters voted No Licence, producing an overwhelming result. 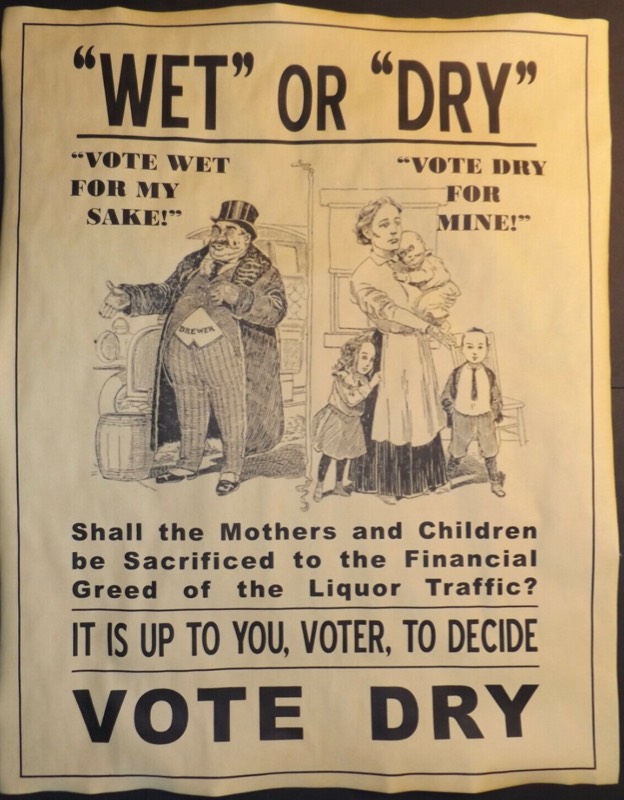 The 29 licensed premised in the town naturally did not sit idly by. As soon as the result was announced they, collectively, decided to seek legal advice, and subsequently raised a Court of Session action to have the poll declared null and void. Eventually the Court of Session dismissed the appeal by the licence holders and all licences were subsequently refused with effect from 29th May 1922.

While the licence holders lost their battle, the ever-creative populace began to find alternative sources. Shebeens began to emerge. Iain Sutherland in ‘Vote No Licence’, describes how one establishment in Breadalbane Terrace required a specific knock on the door for admittance. In Huddart Street one constructed a hatch in the floorboards to help conceal the produce. One restaurant famously used the signal of a silver teapot in the window to proclaim that its contents had been brewed some time previously.

The most famous/infamous producer of the illicit dram was based on the Hill of Newton where First World War trench experience helped to seclude the operation for some considerable time. 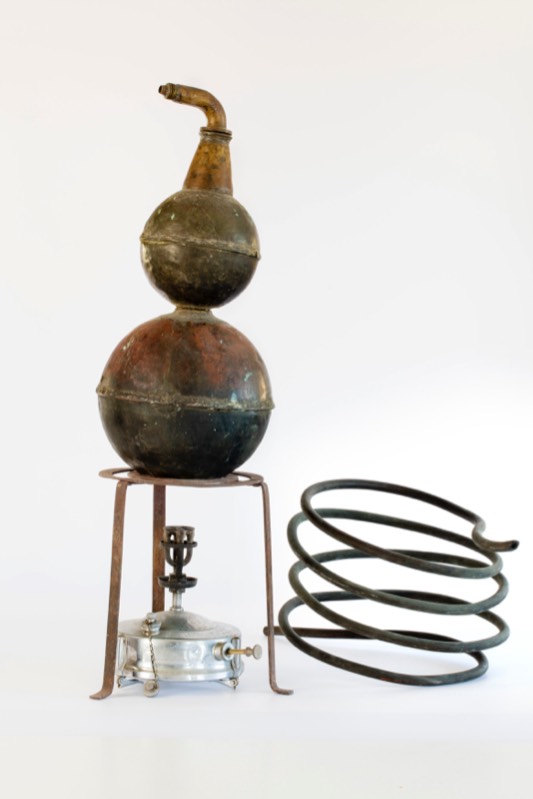 Iain, goes on to explain that “the really serious drinking was done at the weekends when bone fide travellers went from Wick to Thurso, Lybster and to a lesser extent Watten… trains would then arrive back in Wick with a load of passengers who seemed to be drunk to a man.” 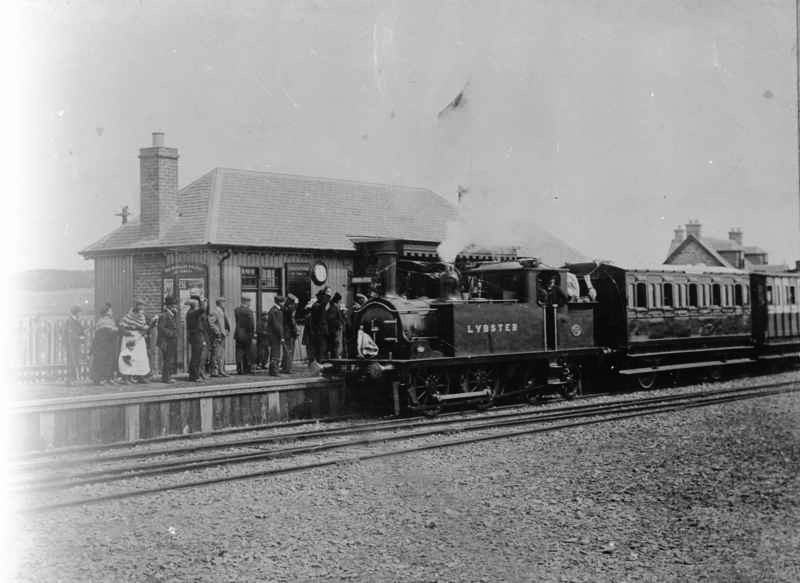 The terms of the Temperance Act allowed for a vote to be held every three years. Four such polls were held in 1923, 1926, 1931 and 1937 – each one returning a majority for the continuance of No Licence.

Times were changing however and with the start of World War Two the Wick Burgh Licencing Court granted table licences in April 1939, to the Station Hotel and MacKays Hotel. Then on 10th December 1946 a further poll was conducted and this time the majority was in favour of Repeal.

In May 1947 licences to sell alcohol in Wick were reinstated. 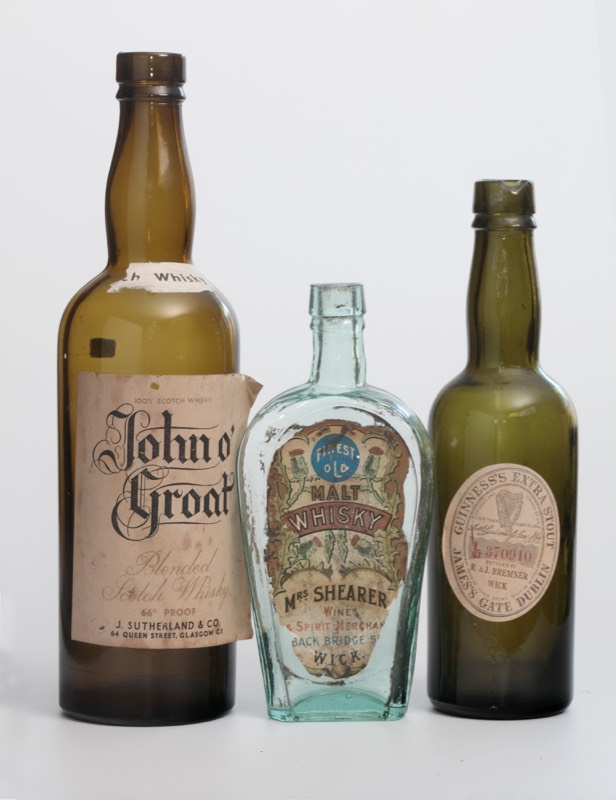 [1] Vote No Licence by Iain Sutherland