Renwick James Gunn Miller was born on 30th June 1866 at Knockinnon, Dunbeath and two years prior to his death in 1956 he was awarded the OBE for political and public services in Caithness. 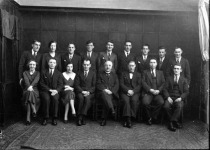 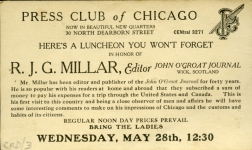 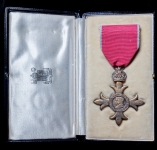 Renwick James Gunn Miller was born on 30thJune 1866 at Knockinnon, Dunbeath and two years prior to his death in 1956 he was awarded the OBE for political and public services in Caithness. 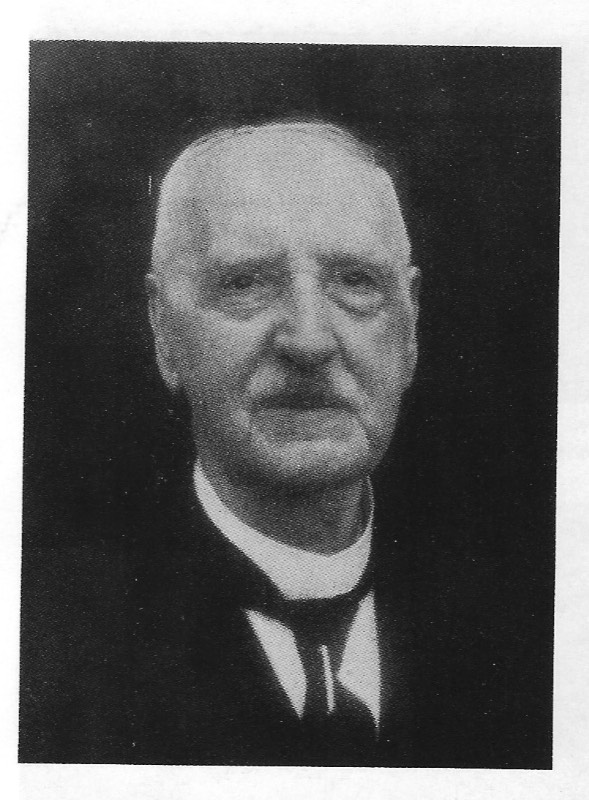 Renwick Miller’s birth was registered as illegitimate, mother being Jessie Miller. He was however brought up by George and Jane Miller, presumably his grandparents. George Miller was a fisherman in Knockinnon, Dunbeath

In 1889 R J G Millar took on the post of Editor of the John O’Groat Journal. He remained there for 11 years before moving on to work on the Dundee Advertiser.

At the 1891 Census he was resident at 42 Bank Row, Pulteneytown - a short walk to the Groat Office. That same year he married, on 16 April 1891, Donaldina MacKay a nurse from Landhallow, Latheron.

In the 1901 Census he was living 12 Garland Place, Dundee along with his wife Donaldina and children, Elizabeth, Donald, and Jessie Jane. Also, part of the household was his Mother-in-Law, Elizabeth MacKay. Another daughter, Georgina was born in 1903.

In 1910 ownership of the John O’Groat Journal changed and Millar, who, at that time was editor of the Northern Scot in Elgin, returned to Wick as editor and manager of the 'Groat' - a position he held for the next 36 years. 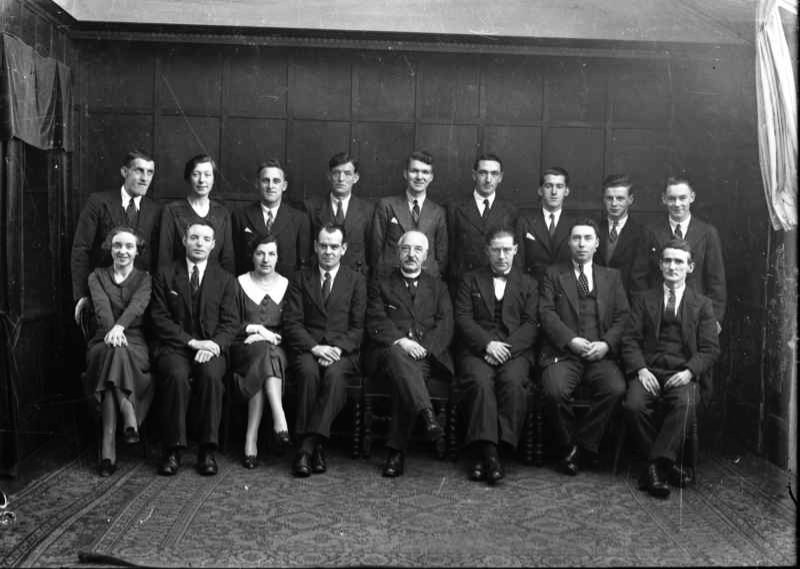 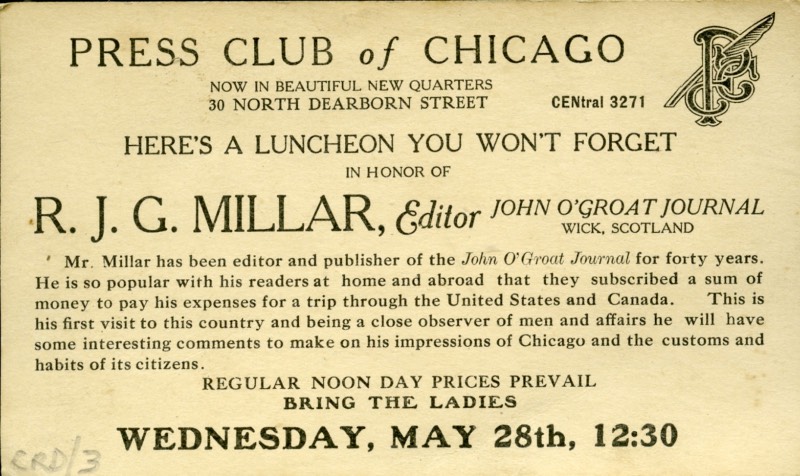 He wrote the following concerning his visit –

“I was in Chicago for only some ten days, yet it would take a hundred chapters to describe all the splendid sights and institutions I was privileged to see. No doubt Chicago has more than its fair share of alien gangsters and gunmen, and the despicable doings of this obnoxious class has badly vitiated its civic life and reputation. But for all that it is a magnificent city-in many respects probably the finest in America; a city of which its residents have innumerable reasons to be proud....
Every day indeed was filled up with sightseeing and the enjoyment of lavish hospitality.

One day, for example, I was entertained to lunch at the Illinois Athletic Club as the guest of Mr. Robert Black, a prosperous Scot belonging to Wigtonshire, who is in the building trade. He is an ex-president of the St. Andrew's Society. Mr. Falconer and other Scots friends were present, and they were all exceedingly kind and complimentary. I could not, in short, have been treated with more distinction if I had been a prominent Minister of State instead of a humble Scottish journalist out on a mission of fraternity and good will.
On the same day I met by appointment Mr. Albert R. Windust with whom I went out to see the Bahá'í Temple which is in course of being erected at Wilmette, a suburb of Chicago on the shore of Lake Michigan. It is about an hour's ride out on the elevated railway. Only the foundation and basement have so far been constructed, and the work was meanwhile stopped, but, we understand is now shortly to be resumed.

I have no hesitation in saying that when completed this Temple will be one of the most beautiful pieces of architecture in the world. I had the privilege of an introduction to the architect, a Frenchman, M. Bourgeois, who speaks English fluently.

We spent a considerable time with him in his beautiful studio overlooking the Lake, and he did me the honour of showing me the plans of the Temple, drawings which cost him years of toil, and they are far beyond anything I could have imagined in beauty and spiritual significance. M. Bourgeois, who is well advanced in years, is a genius and mystic-a gentleman of charming personality. In all that I had the pleasure of seeing in his studio I had a privilege that is given to few. My signature is in his personal book, which contains the names of some of the great ones of the earth! Mr. Windust, who is a leading Bahá'í in the city, is a quiet and humble man, but full of fine ideas and ideals. He treated me with the utmost brotherly courtesy. How is it, I kept asking myself, that it should be mine to have all this privilege and honour? There was no reason save that they told me I had touched the chords of truth and sincerity in referring to and reviewing the Bahá'í writings and principles in a few short articles in this Journal. The Temple is designed to represent these principles-universal religion, universal brotherhood, universal education, and the union of science and religion. Meantime, the Chicagoans are seemingly indifferent to all its spiritual significance; but some day they will wake up to a realisation of the fact that its symbolism will mark the city as one of destiny in the world”.

Renwick James Gunn Millar’s OBE now resides in the care of the Wick Heritage Museum, along with his invitation to lunch at the Chicago Press Club 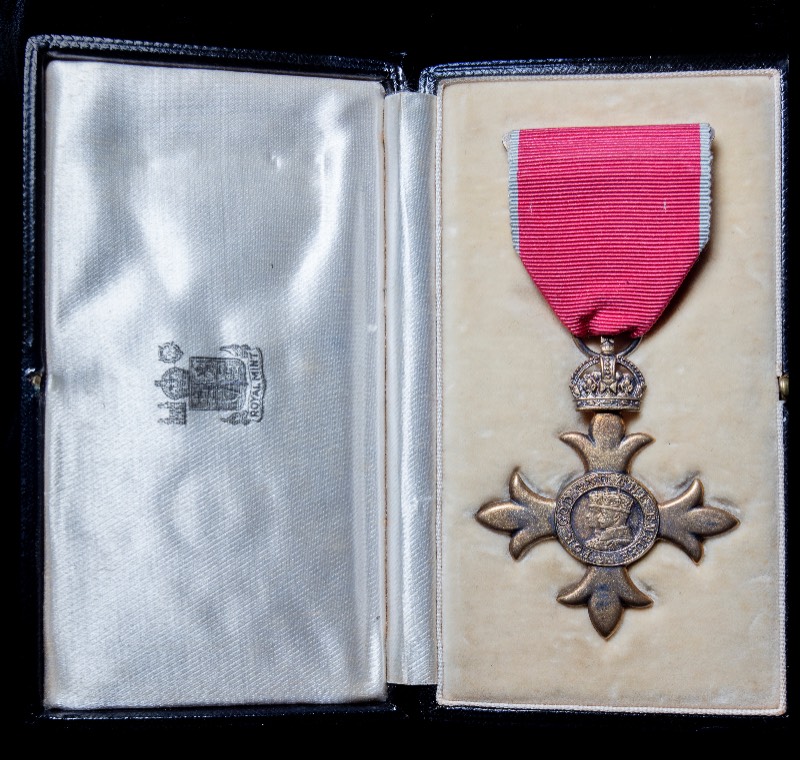