On 1st July 1940 a German bomber dropped two bombs which exploded among the shops and homes of lower Bank Row. 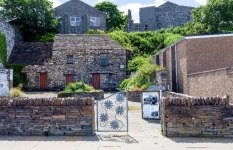 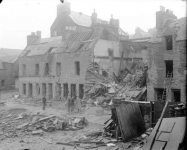 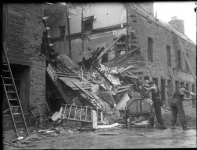 On 1stJuly 1940 a German bomber aircraft dropped two bombs which exploded among the shops and homes of lower Bank Row. 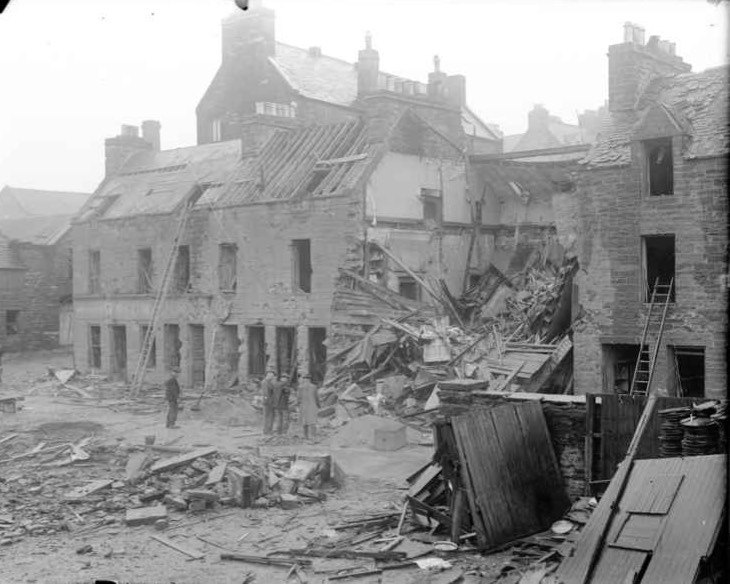 Whether this was the intended target we do not accurately know. However, eight children and seven adults lost their lives as a result and today the Memorial Garden commemorates this tragic loss of life. 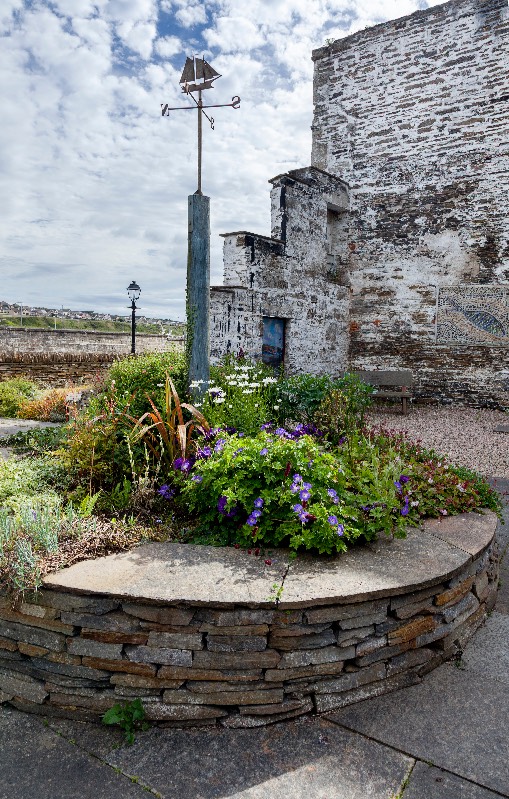 The area was devastated as we can see from these Johnston Photographic Collection pictures. 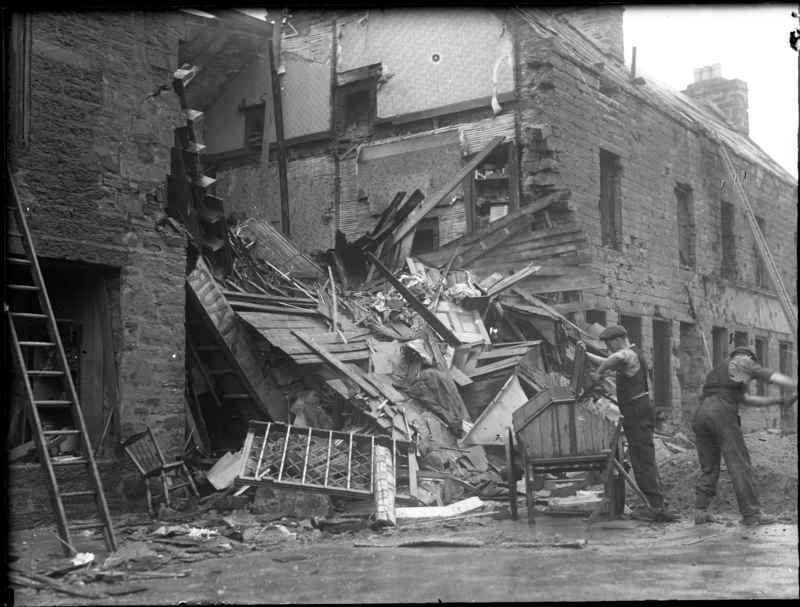 Later that same year on 26th October 1940, further high explosives were dropped on Hill Avenue in Wick. On this occasion two children and a young women died as a result.

The names of those that lost their lives in both of these events are listed on this plaque in the Garden. 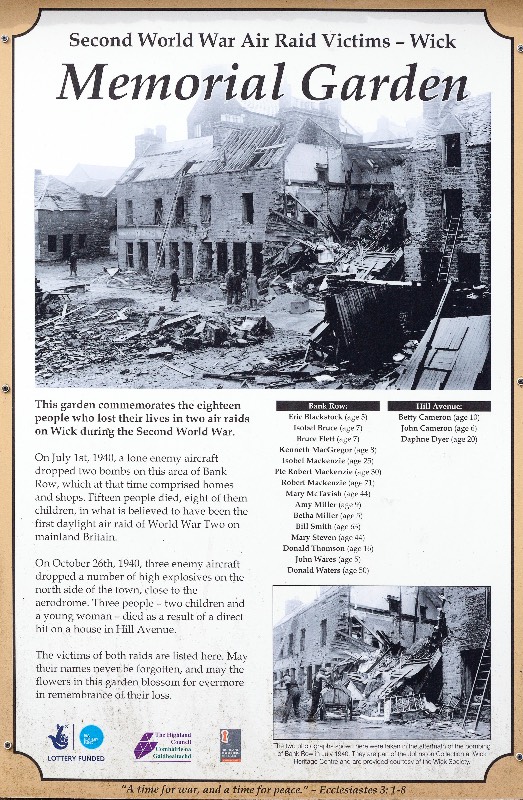