Wick's War Memorial was unveiled on 31 October 1923by General The Lord Horne of Stirkoke. 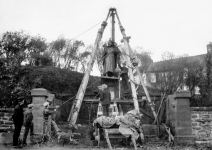 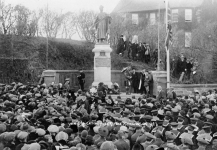 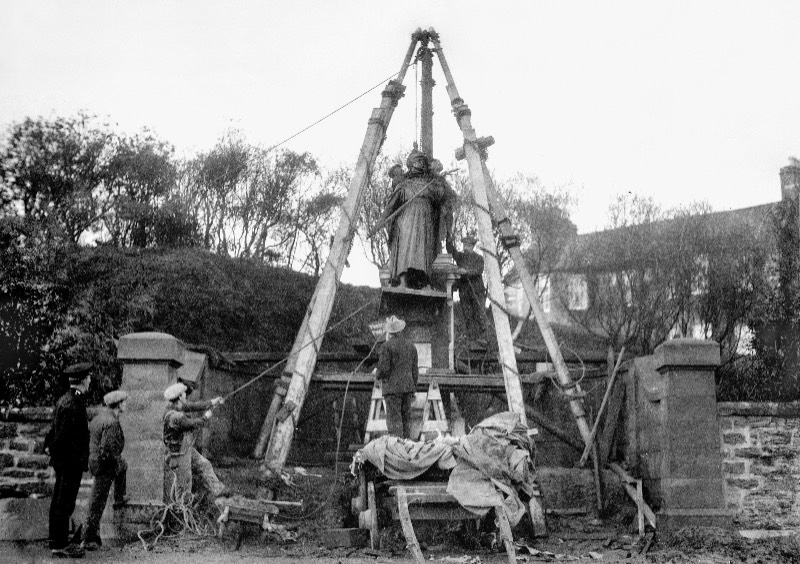 The memorial was erected by Wick firm John Hood and Sons and the figure on top was created by sculpture, Percy Herbert, Portsmouth ARSA.

Wick's War Memorial was unveiled on 31 October 1923 by General The Lord Horne of Stirkoke, GCB KCMG ADC with the customary military ceremony, in presence of many thousands of people, including large numbers from various parts of the county. 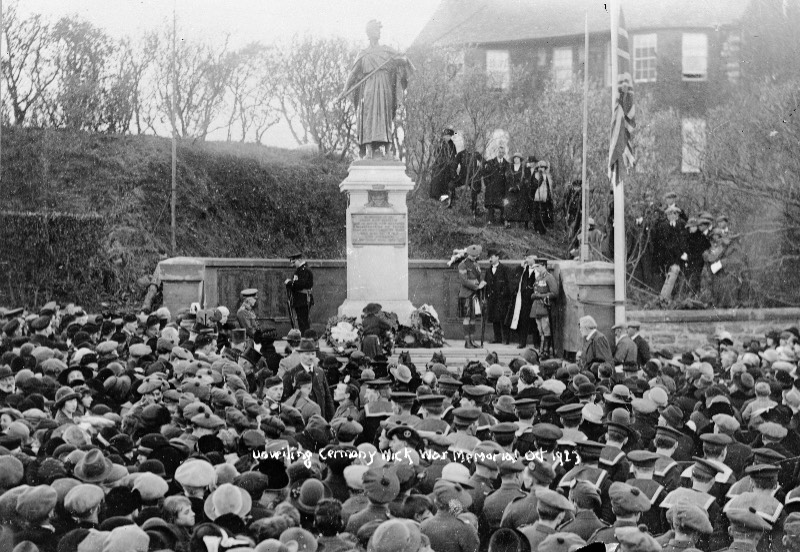 A number of ex-service men were opposed to the memorial, feeling that the war was best forgotten and not memorialised